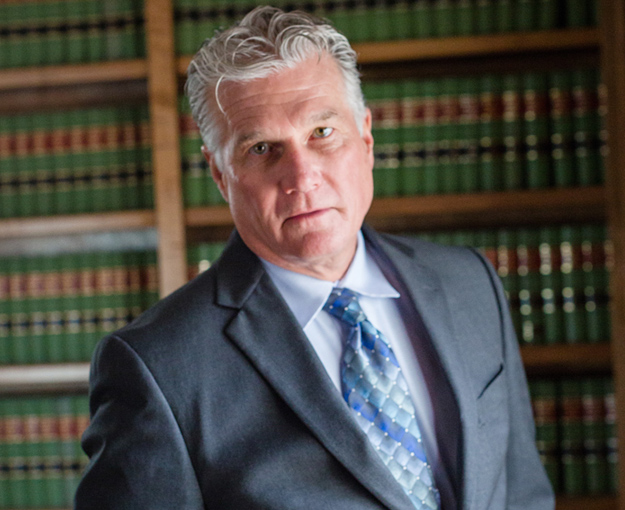 For three decades, Thomas Uliase has provided outstanding advocacy for injured federal workers. He founded the law office of Uliase & Uliase with his father in 1989. He continues the firm’s legacy with his wife and son, exclusively handling federal workers’ compensation cases.

Mr. Uliase takes pride in his reputation as a knowledgeable and tenacious lawyer. In addition to his extensive understanding of the federal workers’ compensation system, Tom’s responsiveness and ability to communicate the process to clients are the professional qualities that set him apart in the field. His distinguished track record has earned him a rating of AV Preeminent®, the highest peer rating standard by Martindale-Hubbell® Peer Review Ratings™.

Tom earned his bachelor’s degree from Lafayette College and his law degree from Widener University. At Widener, he was a member of the Moot Court Honor Society, and he served as editor of the student-run Delaware Journal of Corporate Law.

Mr. Uliase began to concentrate his legal work on federal workers’ compensation in the 1980s, when he received multiple case referrals involving injured federal employees. He quickly found a deficiency in the system. Dealing with the government brought on a slew of additional obstacles for federal workers, which created a difficult and frustrating claims process. For this reason, Uliase & Uliase exclusively handles cases involving the federal workers’ compensation system. Clients can be sure they’re receiving the specialized help they need.

Seeking federal workers’ compensation often involves enduring an extended claims procedure fraught with numerous obstacles. Mr. Uliase and his firm are well equipped to address and resolve a range of issues that may arise during a claim.

As a persistent legal advocate, Tom carefully guides clients toward obtaining the compensation and treatment they need for their workplace injuries. He effectively navigates through the various federal agencies, courts, and hearing boards to fight for what his clients deserve.

No matter where you’re at in the claims process, we can help. Call (856) 310-9002 to speak with a member of our team. Take the first step toward recovery by scheduling an appointment.